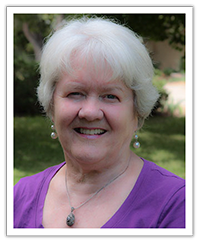 I am bringing to consciousness again our true vocation (the word “vocation” means calling) and our vocation is to serve—primarily to serve the One whose planet and universe and cosmos this is. But that would mean nothing if that was done in abstract. The way this lands is to be of service to our fellow man. It’s a wonderful privilege to start to wake up to that. And with that privilege come many responsibilities, but the primary one is to serve.

Somehow, across the millennia and up to date, I do believe that the majority of the human race has forgotten to be of service. I also believe that there have been many times in each of our lives where there have been opportunities to awaken to it. For example, I recall the 9/11 events and what happened when that shock wave went around the world, and how the effect was of people being kinder to each other. I was on a plane a few days after that, as soon as planes were allowed to fly. I noticed, having been accustomed to the rude exit from the plane once it lands and the jostling that goes on, that that was missing. People were being courteous. And that wakeup call kept us awake for a little while, and then we went back to sleep.

I have noticed that there has been some reticence about speaking about what is actually going on and why those phenomena occur, those phenomena of wakeup calls and then going back to sleep. It has to do with what’s construed as comfort. There’s comfort in the familiar, even if the familiar is unhappiness. It seems that there’s not much required of us to just stay where we are in that unhappiness, that discontent, that restlessness. Not much required—we can just settle into that kind of familiarity. And the price of settling into that discomfort, called comfort, is the loss of a sense of identity.

Because I believe that this is the case, I have encouraged my granddaughters to stay restless when they say that they’re troubled by anything. Stay restless—in other words, don’t settle. Recently I shared in a ceremony where something so grand was brought to mind, visions of how we came to be incarnate in human form. How sad the picture would be if, having awakened to that, we let ourselves go back to sleep again. I can’t think of anything sadder than that.

If discomfort is the price that I pay for staying on the leading edge of the unknown and receiving it as it comes into consciousness, I am willing to pay that price. Every moment is actually the edge of the unknown; we may think we know what’s coming, we know something’s coming, but we actually don’t know what it is that is coming. Life has this habit of doing right-angled turns. So I’m prepared to pay that price and retain the sense of my identity. That knowing is not where it rightly stays, though; it’s not where it stays after it lands. There’s a requirement, if we’re to be of service, that the gifts that are received in terms of awakening, visioning, imagining and magic, not be just contained in this one form called me, but that it be shared with as many people as I can reach.

That in itself may not be so comfortable for many of us, because there can be the concern of rejection. But so what? How about looking at the glass half full and say, “I could reach someone who’s been longing to hear something like this, to hear something of the truth of love.” That’s how I came home. Someone took a risk—having heard I was an atheist even, took a risk and opened up some doors for me. Well that’s what we came to do, not just to walk through the door that we’ve had opened for us, but to hold it open for those who are coming after us.

And then magic can occur. As long as we leave our expectations to one side, magic can occur. There are ways in which a sense of the magic and grandeur of what we are about can be experienced. If someone said “How do you know that’s true?” I could not prove it. That insistence on proving something to the mind’s satisfaction is a ruse of the intellect. If I can dismiss the unfamiliar because I can’t “prove it” then I can keep the discomfort of inevitable change at bay and hold on to what I think I know.

So that’s what I’m talking about. That false sense of comfort is a killer. We’re equipped to receive such things as this ceremony and this story and receive it deeply and know it. And never mind what our minds might prattle on about. I know I’ve received things that seem, to my mind anyway, so far-fetched. I say that it’s no more far-fetched than believing that we’re just this collection of cells and brain and organs, that we just happen to be here to live out our lives, and then die, and that’s it. Or, on the optimistic side, we go to some kind of heaven if we’ve obeyed all the religion-imposed rules. So what is more fantastic? To believe something that resonates so entirely as true, whether or not our minds can completely comprehend it, or to believe that lie that we’ve been sold over centuries and millennia, that this is all we are, this collection is all we are? There’s far more to us unknown at the moment than known. Don’t ask me how I know it—I just know it. And then I can prove that out in my living.

The generosity of the universe, of God, of spirit, is amazing. And it bypasses any self-judgment. Self-judgment, by the way, in my view is another form of self-absorption; it’s another distraction. There are all kinds of distractions that are handily available to fill that sense of void, which there will be if we avoid acknowledging who we are. The distractions work for a little while—some don’t, but most do. They work for a little while because psychologists are being paid hundreds of thousands of dollars to find ways to reach us, to get us to buy the things that will make us comfortable. But it doesn’t matter what those things are. They are distractions, and they can help for a little while, but they don’t last. And sooner or later enough of those experiences of disappointment can lead to embitterment and then a slow descent into the grave.

So this isn’t a popularity contest that we’re engaged in here. This is an opportunity to just speak words that need to be spoken, that there may be those who hear these words beyond where the humanly created technology goes—beyond all that and out into the atmosphere so that someone or someones, somewhere, will be picking up the energy of the truth of what this whole thing is about. This whole matter of having services, of speaking the truth is so that there will be this energy wave that continues to go out, and someone and someones can hear it, can feel it, can know it. That’s our job. That’s service.

I was describing it as “Service is love made manifest,” and that love needs to have the truth in it. It’s not just patting you on the head and saying, “There, there, come along, you’re doing fine.” If we were doing fine, how come we have this mess on the planet? How come the amazing, huge human brains and intellects haven’t been able to do something about this or haven’t been willing to do something about this? If that were true, this planet would be the garden it was created to be—and it plainly isn’t. Those are not, to me, words of grimness. They’re words of truth. They’re words that probably most of you listening already know. I’m not telling you anything new, because when you wake up to the truth and the glory and the joy of love, you also wake up to the reality of what we as a human race have done with that on the planet. The good news is we can also do something about it.

So I would like to close by reading something that came out of a Wordsworth ode. It was “Ode on the Intimations of Immortality.” It’s just one verse of it:

Our birth is but a sleep and a forgetting;
The Soul that rises with us, our life’s Star,
Hath had elsewhere its setting
And cometh from afar;
Not in entire forgetfulness,
And not in utter nakedness,
But trailing clouds of glory do we come
From God, who is our home.

That is a description of the reality.

(from the International Teleconference of the Creative Field and Emissaries of Divine Light, December 7, 2014)
Subscribe
Login
1 Comment
Newest
Oldest Most Voted
Inline Feedbacks
View all comments

On this most amazing day, i am glad to celebrate with everyone mid-Summer Solstice, new Moon and certainly for us here, a New Year Cycle. I stay restless with you Maureen, until i have fulfilled the promise of the d.n.a. seed of my destiny in this lifetime, good to be reminded of how large we are in Reality, and how important to remember why we came here. I look forward to continue receiving ideas from the Universe, making them into ideals where possible, releasing that which does not hold, and offering everything up as sacrament back to the Universe – My God, it is good to be ALIVE.
Thank you for your words.