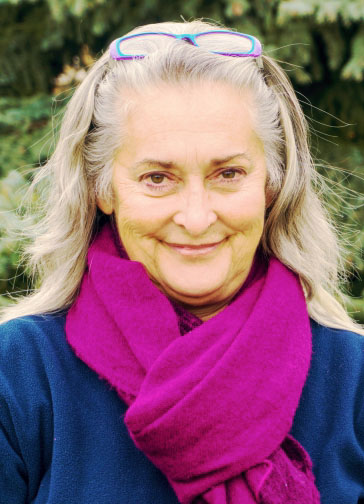 What is it that needs expression in any moment?

Recently we have been considering the nature of the Dwelling Place and the One Who Dwells. As we hold ourselves and our human nature sacred, the Spirit that we are has a place to activate our substance. There is a divine partnership in this—the Spirit and the Body. You could even call it friendship. Without one, the presence of the other has little value. The word friendship comes from the Old English, meaning “friend, lover, relative.” With all this in mind, what is it that the One Who Dwells needs access to, needs an avenue for, now?

As my consciousness, the partnership between my mind and heart, becomes aware of the current of spirit moving through me, I endeavor to give it expression. In this moment of awareness is a threshold, a hard-to-define point at which the next step of evolution may be taken.

I came across an article this week that was talking about liminality, so I did some further thinking about the word liminal. It means “on or at a sensory threshold, barely perceptible or capable of eliciting a response.” It can also mean an “intermediate state, in-between, transitional.”

This article suggested that the word liminal also refers to no longer being in the old pattern but not yet being in the new one either. That is what being a “new” human is about: being in the process of transition to a more evolved state of consciousness.

This has been my direct experience since coming here in March. My husband, Phil, and I have left South Africa and we are intending to go and live in the UK starting in December. But up until then we are in a liminal state—we know the new cycle in the UK is coming but it is also obvious that we are not there yet. There is a strange sense of treading water, a sense that includes both loss for the known, all that we have left behind, and indeed the bridges that have been burned, as well as the expectation of a fresh new slate waiting for our lives to form on it. As much as we would like to, we cannot begin the new cycle until we actually arrive in December.

We have not yet let go of or dropped all of what we think we know, of how we are made up; and we have not yet fully moved into or embodied what is yet to come into form. But Spirit is on the move all the time.

I was interested to read this definition: “In anthropology, liminality (from the Latin word limen, meaning ‘a threshold’) is the quality of ambiguity or disorientation that occurs in the middle stage of rituals, when participants no longer hold their pre-ritual status but have not yet begun the transition to the status they will hold when the ritual is complete. During a ritual’s liminal stage, participants ‘stand at the threshold’ between their previous way of structuring their identity, time, or community, and a new way, which the ritual establishes.” (from Wikipedia,

An obvious example of this is the ritual of marriage, where apparently nothing much seems to change from before the ceremony to after the ceremony. At least, that’s what I thought before I went through the ceremony. I was in a long-term relationship; I wasn’t going anywhere.

But something did change for me. Perhaps it was the act of commitment, perhaps the fact of being witnessed. The ritual changed the way I now saw the world and the way the world saw me. I couldn’t have experienced that before the ceremony.

I believe our evolution as a species will depend on the willingness to stand on this threshold, trusting, not knowing how things will change but understanding that they will, they must. The old heaven and the old earth must pass away for the new to take shape. And all of this can only happen as I let go of the old. Easy to talk about, not so easy to do! It is sometimes hard to stride bravely into the unknown, but that is our calling.

As we surrender fully to the activation of the One Who Dwells, as we provide the right circumstances in the Dwelling Place, it all reaches sufficient intensity and we find ourselves at this threshold. We can feel it! The edginess of it, the unknown, all the risks, and alongside or overarching that, the sure sense of the rightness of the impulse of Spirit on the move! What will take shape in our world because of this?

All of what we are working with, all of what we are seeking to express through words and through deeds, comes through this ongoing impulse of Spirit on the move. You feel it beating in your heart or surging in your thoughts and experience… That is the indication of being on a threshold, being available, being present in your circumstances right now. Tomorrow, or last week, is not the point. Right now, right here, in a state of surrender called friendship, on the threshold of “I am available and present for Thy will,” is what we are called to be about.