Here is a poem from the pen of a Nigerian poet, Ben Okri:

Allow uncontemplated regions
Of time to project themselves
Into your sleeping consciousness,
Inducing terror, or mental liberation.
Much as death-confrontation
Paralyses some with despair
Makes others poison
Themselves with emptiness
But releases in a fortunate few
A quality of enlightenment
A sense of the limited time we have
Here on earth to live magnificently
To be as great and happy as we can
To explore our potential to the fullest
And to lose our fear of death
Having gained a greater love
And reverence for life
And its incommensurable golden brevity.
So it is with this moment.
A gigantic death
And an enormous birth.
This mighty moment.
In timelessness.

(from Mental Fight, “Time To Be Real,” by Ben Okri) 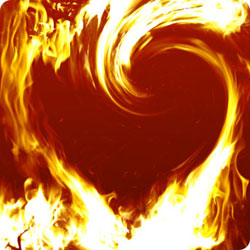 Let me speak to you of my experience of emerging into timelessness through a passageway of terror. The terror closes in when we find ourselves in solitude, sensing a range of blessing already present for us to give, but not knowing how to release it. And we tend to project the knowing and the power onto somebody else.

In my early life, that somebody was my elder brother, who had a potential of leadership that could have been vast, but who instead was caught up in a happening called the Second World War. His potential turned to leadership in battle, because that was what had to be done. And when I was eight years old, I got word that his tank had been blown up at Torrice Crossroads on the road to Rome. And I took myself out of the dance.

I’d been a happy child—I had been “Jimmie’s little baby brother.” Even letters sent from the battle front came always with a PS: “And how’s Jimmie’s little baby brother?” So I was in the dance because I adored the greatness that I saw in my brother Jim. At eight years old I took myself out of the dance. Oh, I went on living—I went on doing the natural things one does. I went to college and got a job, and managed to survive this way and that. But I was out of the dance, the dance of Universal Being.

Until, somewhere along the way, Martin Cecil invited me into the dance. And I came wonderingly, not quite sure, full of trepidation; began to take a few mincing steps in this dance, and got caught up for a while in a flow that centered on the greatness of this new focus of marvel that I had found in Martin Cecil—and in others round him, who supported that sense of greatness.

Flash forward to the present, and I find myself experiencing once again some of the terror and some of the glory of what it might be to actually come forth in full self emergence. Not a seeking of self, though that’s a natural tendency, to repeat the childish or adolescent self-searching: “I’ll find myself again, somehow.” Where are you going to find yourself, Ted? By coming forth.

I’m seeing this now, however, in terms rather of a full self involvement, because there’s no use to separate self emergence, no use to it at all. If my brother had had his druthers—which reminds me of a comment Uranda made that around about the edges of the kingdom of heaven is a region where there’s a lot of indulgence in the “I’d rathers”—if my brother had had his druthers he wouldn’t have gone to war. He’d have been a leader in making peace. But that wasn’t what he had to do. I’m sure that if Jesus had had his druthers, he wouldn’t have offered three years of teaching to a motley crew that hardly understood any of his words and then mounted onto a cross to finish his stay on earth. That wasn’t what he came to do. But it was what was imposed by the circumstances as they were.

Now, we live in a time when it’s possible there could be a larger and more beautiful development of true greatness amongst us, the full self emergence that involves doing what can be done now and doing it magnificently, to use Ben Okri’s word—balancing the terror with the magnificence of what can be brought forth. If one doesn’t accept that possibility, the inevitable experience is of descent into judgment. One looks at the efforts of one’s fellows, and judges them. “Oh, I don’t think that’s going to amount to much. I’ll pull back and I’ll sit on the sidelines and watch to see if the dance will go in a way that I like—then I’ll join in. If the rhythm picks up in the way I like to move, then I’ll join in.” The druthers. “Oh, but my talents aren’t being used.” Why not? Well, you’re sitting on the sidelines. “Yeah, but in that rhythm, in the patterns of the dance I’m observing now, I can’t see any way my talents could be used.”

Judgment actually can be a fine and excellent activity of the mind and heart. We use it all the time. For instance, I loved the music presented here this morning. So what is that but my heart saying, “I judge it to be beautiful”? That is a natural expression of the heart. Or my mind says, “That was well done. They had the notes in the right place. They sang it correctly.” Again, there’s my mental judgment. I can’t help but judge, because mind and heart are created for that—it’s what they do. But where it goes terribly wrong is if that use of the mind and heart is on the sidelines, not in the dance—when it’s used apart from the deeper place where the true water flows.

Last Friday evening, Channel 6 showed a performance of Shakespeare’s Henry IV. It’s a great history play, and it’s also a great comedy—full of battle scenes and full of roistering comedy with old fat Falstaff and young Prince Hal. There is a scene where Falstaff says, “When you get to be king, there won’t be any gallows, will there? You won’t be hanging thieves”—like himself of course. And Hal replies: “No, no—you will.” “Shall I?” says Falstaff. “Yes, by the Lord, I’ll be a brave judge.” “No,” says Hal, “you’re already judging false. You won’t be the judge. You’ll be the hangman.”

It’s quite profound, when you think of it. That’s what the mind and heart become, sitting on the sidelines, watching the dance. They become the hangman, not the true judge. In the context of the dance, we know the reality of true judgment. “Judge righteous judgment” was the Master’s command. But how can you do that, sitting on the sidelines? All you can do is act the part of the hangman, destroying what might possibly come forth through yourself and attempting to put down what’s emerging through others in the dance.

So there’s my thought for this morning. Full self engagement, full self connection, full self participation in what actually is going on, and in the way the leader of the dance is leading it now—not in an imagination of how one would like the dance to be led.

A heart steadfast in service to our King is worthy of deep reverence. Thank you for your years of service Ted and for all you still provide through your presence.

Ted, you are an elder on fire. How wonderful! A fire fueled by love. This is how we each Be a Sun; full on.